All these methods provide the same results, as they all rely on the same Snyk engine behind the scenes. So the same arguments or options should be true whatever deployment method you select.

There are various ways to configure Snyk within your pipeline. The choice of which method will mainly depend on your environment and preference, and they should all lead to a successful run:

Available for most common CI/CD tools. Easiest way to setup and get started. The plugins include the most common parameters and options in the interface UI.

Similar steps as installing the CLI locally. Requires you to be able to run an npm command in the pipeline script. This method has the advantage of completely aligning with the CLI experience so you can easily troubleshoot and configure.

The advantage of the binary setup is that it has no dependency with the local environment. It is useful if you cannot run a npm command in your pipeline for instanceThe various versions of the CLI binaries are available here:https://github.com/snyk/snyk/tagsSnyk has a Linux, Windows and other versions.

You may also deploy Snyk in your pipeline using one of our images in Dockerhub: https://hub.docker.com/r/snyk/snyk​

The following repo shares some examples of binary and NPM integrations for various CI/CD tools:

This is a typical initial approach, using Snyk results to expose to your team vulnerabilities during the development process, which increases visibility of these vulnerabilities amongst your team.

When you first implement Snyk in your pipeline, we recommend you use only the snyk monitor command, or if you use one of Snyk's CI plugins, to configure the plugin to not fail the build. This is because all projects are vulnerable, and after you set Snyk to fail the build, every build will fail because of Snyk, which may cause problems with your team being quickly overwhelmed with failure messages.

Stage 2: Use Snyk as a gatekeeper (snyk test)

This next approach prevents the introduction of new vulnerabilities (sometimes known as "stopping the bleeding").

Add snyk test to your build or enable the fail functionality to make Snyk fail your builds, providing the results output to the console. Your Devs or DevOps teams can use the results to decide whether to stop or continue the build.

To do this, configure your pipeline to run snyk monitor if your snyk test returns a successful exit code.

To configure Snyk to run in a pipeline, retrieve key configuration inputs from your Snyk account.

When you run Snyk in your CI/CD platform, you will typically want to post the test results to Snyk, for review and ongoing monitoring.

You can define the target organization in the Snyk CLI, by either URL slug or organization ID, using the --org CLI argument:

If you do not define a target organization, Snyk uses the default organization for the authentication token you use:

Snyk supports the following approaches to add tests to a build pipeline:

Snyk CLI is a NodeJS application that can be scripted directly by developers for easy integration into most CI/CD environments, and is available as an NPM application, pre-packaged binary, or container image. See Install the Snyk CLI for more details

Snyk CLI can be configured to:

When using the Snyk CLI:

Depending on your approach and goals, you may need to use both command sets in your pipeline.

Examples of running the Snyk CLI in a build pipeline:

To view the full list of flags in the CLI, run the snyk --help or snyk container --help.

You can add flags to the snyk test command to fine-tune parameters that will result in a failed build:

You can also fail the build for any other parameter in the Snyk JSON output (such as CVSS score), using a wrapper like snyk-filter, or use additional tooling like snyk-delta to fail the build only for issues found since the last build.

You can use Snyk's JSON output to create custom test reports as build artifacts, using the snyk-to-html utility, or other custom processing you develop.

Snyk allows you to automatically create new work items in JIRA (see Jira integration documentation). You can customize this code for your specific requirements, or adapt it to work with other work management systems.

By default if issues are not ignored, or if you are not using Snyk-delta, a "snyk test" in your pipeline fails the build when issues are found. To allow builds to continue without resolving these issues, you can:

If you use a .sln file, you can specify the path to the file, and snyk will scan all the sub projects that are part of the repo. For example:

For Yarn workspaces use the --yarn-workspaces flag to test and monitor your packages. The root lockfile will be referenced when scanning all the packages. Use the --detection-depth parameter to find sub-folders which are not auto discovered by default.

Note Yarn workspaces support is for snyk test and snyk monitor commands only at this time.

This scans only the packages that belong to any discovered workspaces this directory and 5 sub-directories deep.

You can use a common .snyk policy file, if you maintain ignores/patches in one place to be applied for all detected workspaces, by providing the policy path:

Some customers have complex projects, with multiple languages, package managers, and projects, in a single repository. To facilitate this, you can take different approaches:

The best stage to implement Snyk Container in your pipeline is after the container image is built (after running the equivalent of “docker build”), and before your image is either pushed into your registry (“docker push”) or deployed to your running infrastructure (“helm install”, “kubectl apply” and so on).

Typically, the ways you run your container build-test-deploy pipeline depends on whether or not a Docker daemon is available to the build agent.

Running pipeline if a Docker daemon is available

Running pipeline if a Docker daemon is not available

The best stage to implement Snyk Infrastructure As Code in your pipeline as part of the stages, but after the SCA and the Containers stage.

See Test your Kubernetes files with our CLI tool for more details.

In this section we are going to share a few tips to help troubleshoot or scale CI/CD integrations.

CLI and pipeline are running the same engine, try to clone the project and scan with CLI.

Play with the CLI flags- use our Snyk CLI tool to find and fix known vulnerabilities as you run it in the pipeline. Link for flags​

If you could replicate with CLI, and the problem still exist ask the CLI to output the debug logging using the following command:

DEBUG=* or the -d flag to capture logs.

Step 3: Use the CLI instead of the plugin

Try to replace the native plugin into the CLI by installing snyk using npm or binary download.

For npm use the following commands:

Common flags in a CI/CD integration

Among the most common flags used in a CI/CD integration are the following:

-p : Prune dependency trees, removing duplicate sub-dependencies. Will still find all vulnerabilities, but potentially not all of the vulnerable paths.

--org=ORG_NAME: Specify the ORG_NAME to run Snyk commands tied to a specific organization. This will influence where will new projects be created after running monitor command, some features availability and private tests limits. If you have multiple organizations, you can set a default from the CLI using:

Setting a default will ensure all newly monitored projects will be created under your default organization. If you need to override the default, you can use the --org=ORG_NAME argument.

Default: uses ORG_NAME that sets as default in your Account settings https://app.snyk.io/account​

The following repo shares some examples of binary and NPM integrations for various CI/CD tools:

Ready to get started with Snyk? Sign up for free!​ 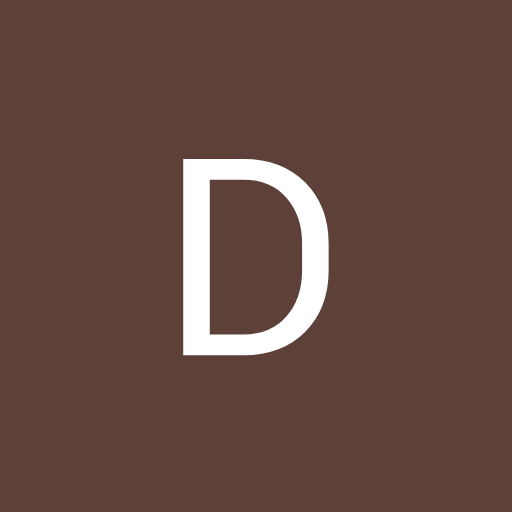